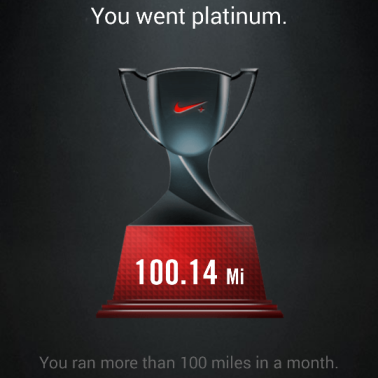 That platinum trophy and covering the 100 miles in August in order to obtain it was probably the biggest thing I accomplished this month in terms of running & physical training.

I was away on business for over half the month so I got to run in four different states to help make that platinum trophy a reality.  I ran in Illinois, Missouri, Iowa and Kansas.

My Average weight is probably the next biggest thing accomplished since it’s the lowest it’s been all year at 251 lbs.  I had a single weigh in this past April at the end of my 12 week contest which was 242.6 and two weeks ago I revisited the 240’s with a weigh in around 245.

I got to swap a few comments earlier this month with the author of a blog named Fat to Fit.  This person  lost 140 pounds since April 30, 2013 with healthy eating and daily exercise.  I solidly realized and began to more fully appreciate the immense value of being able to keep excess weight off once it is lost.

This last weight loss contest I won in 2014 was my fifth time doing that contest.  Prior, I had completed the contest twice and placed 4th and 3rd respectively (each contest has been with 1,000 to 1,200 other contestants)  The other two times I entered, I did not finish.  I know, however, that in each of the contest I finished – including this one that I kept starting out and a higher and higher starting weight.  So, what’s the point of dropping weight if you’re just going to end up heavier than you started six months later?

Tracking my Average Monthly Weight is something new I started.  I weigh in every Thursday and blog that each which but now, at the end of the month I enter the average of my Thursday weigh ins and put that down in my Running Log tab in the Ave Weight column.

Well, September is a new month 🙂  I want another Platinum Trophy 🙂 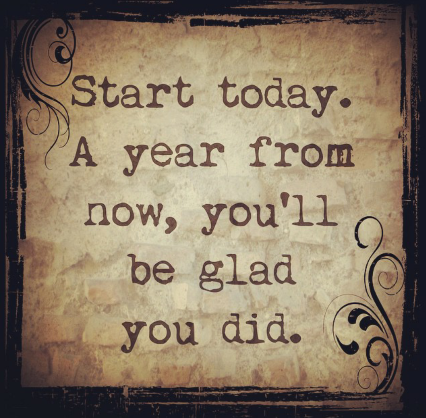